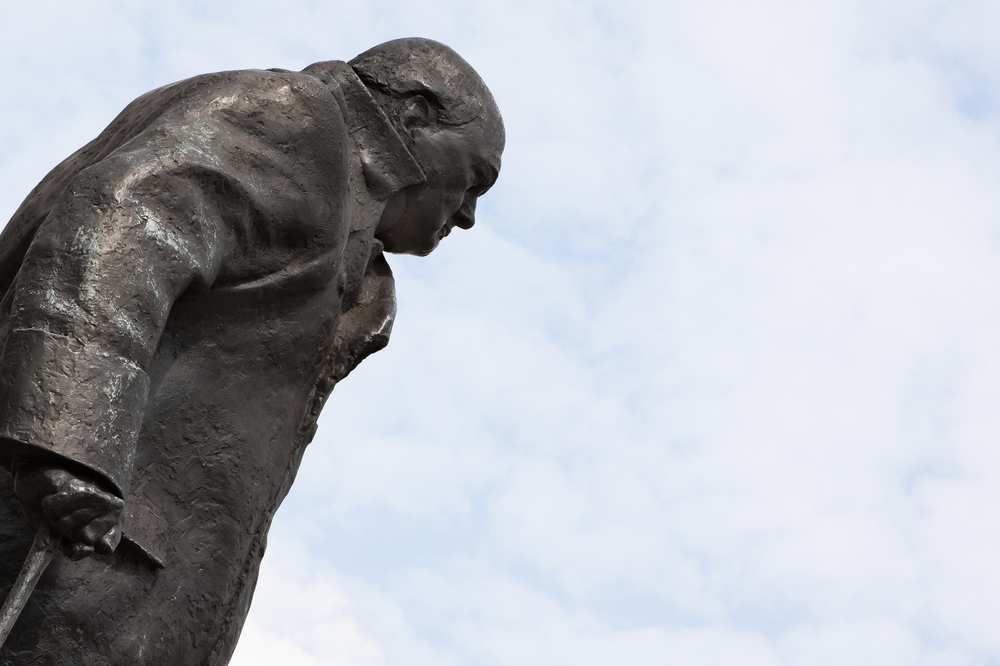 When Trayvon Martin was shot dead and his killer, George Zimmerman, was acquitted of second-degree murder in 2013, the clarion call of ‘Black Lives Matter’ inspired the basis of an entire social movement. In May this year, the shameful spectacle of George Floyd’s death underlined the urgency of this message. In the context of this ongoing persecution of black lives, the recent controversy around statues may seem misplaced. So why do statues matter?

In short, they matter because they fix in stone and bronze the inequalities and prejudices of the past, which are also perpetuated in more complicated ways by institutions. In this regard, the felling of supremacist statues seems tantamount to an elementary step in structural change – an action far simpler than changing the curriculum or the composition of a boardroom. The felling of such statues embodies the practice, quite literally, of dismantling white supremacy.

To further grasp why statues matter, it is necessary to address the currency of meaning in which they trade: historical memory. Just because memories are of the past, this need not imply they have no agency in the present. Indeed, the memory of black lives as mattering less – through symbols of conquest, enslavement and theft – may make it easier for black lives to be treated as less. In its most extreme form – violence against black citizens – this treatment often unfolds in places and spaces where historical violence against black communities is commemorated. This is not to suggest that supremacist statues necessarily cause violence; only that they make it more permissible. They are one element of a cultural ecology in which black lives are infinitely diminished.

How statues evoke memory is also highly complex and context-dependent. The recent controversy in the UK, for example, has drawn meaning not only from the death of George Floyd, but also from the EU referendum and the efforts of Conservative governments to push a celebratory brand of British history. As Fintan O’Toole has remarked, the caricatured appropriation of Churchill by Boris Johnson has altered and enriched the symbolic meaning of attacks on Churchill’s statue. For O’Toole, this has meant that the biggest threat to the legacy of Churchill has not been Black Lives Matter, but Johnson himself. 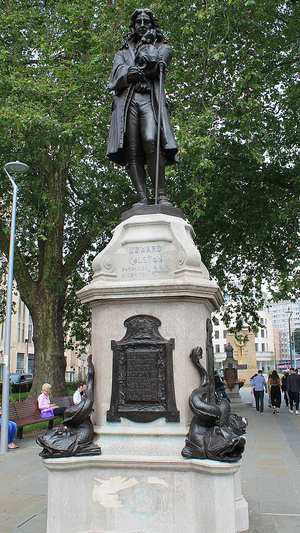 Yet the broadest context in which the recent controversy can be interpreted is as old as the most contested statues themselves. This is because there has never been a complete consensus around British imperialism. It did not exist for Edward Colston, placed on his plinth in 1895, neither did it exist for Cecil Rhodes, widely regarded by his contemporaries as an egomaniac. The current reckoning over statues such as these is merely the most recent in a long line, with the peripheries of empire having negotiated this Britishness decades ago. This is symbolised above all by statues of Queen Victoria, decapitated, defaced and dismounted in Ireland, Guyana and Quebec among other places.

In the heartlands of former empire, the imperial cloak does not slip off so easily. The disrobing of the imperial past might be easier if it were not so interwoven with other memories of British history and civic identity, the most cherished being that of Britain ‘standing alone’ in the Second World War. The British state is far more invested in this narrative than that of empire, despite occasional rhetoric around empire as a form of proto-globalisation. In fact, state-led efforts to cultivate memories of a ‘people’s war’ are matched only by those to forget empire, most notably with the hidden archives on decolonisation. As O’Toole explains, this is why Churchill, a figure polarised between imperial racism and wartime leadership, is so difficult for the British state to give up on: without him the already creaking edifice of Britishness would crumble down.

In the logical escalation from Colston to Churchill, the cry of ‘where will it end?’ has been raised. Does the complicity of historical figures in empire preclude the commemoration of their other, more positive, civic contributions? One of the conventional approaches to the imperial past – the so-called ‘moral audit’ – provides little help. The memory of contested figures cannot be legitimised on the basis of deeds to their credit as well as deficit. As a recent Tweet put it, you cannot put up a statue of Jimmy Saville and say, ‘don’t worry, it’s for his charitable work, not his paedophilia’. Historical figures are fully formed and should be judged as such. Yet this also requires the maintenance of a healthy sense of contradiction in the past. The re-unification of Germany offers a case in point. The Historikerstreit (historian’s dispute) and overcoming of the past (Vergangenheitsbewältigung) were key to the reconciliation of memory and identity in the new state. If the nationalisms that replace Britishness are to encounter imperialism more effectively, then their proponents need to reflect more on the role of their own nations in it. As in the case of Plaid Cymru’s campaign of reparations for Wales, a nationalist trope of victimhood can sometimes serve to obstruct and stifle this reflection.

The moment that the memories evoked by statues translate into other forms of action around statues – whether in the form of a defence or toppling – also marks a watershed for this analysis. At this point, the historian is concerned not only with memory, but also with public history. As historians ranging from David Olusoga to Richard Evans have remarked, it should be obvious that statues themselves are not history. The past is not erased when statues are taken down; history books remain the same. In one sense, the equation of statues with history has been a tactic of reactionaries who speak of the erasure of ‘our’ (in other words, white) past. Ironically, those who protest against the erasure of this past are often the same people who ask black communities to jettison theirs and move on. Yet, as long as citizens debate statues – and as long as these debates shape what statues go up and come down – statues do remain a focal point around which history can be interpreted and revised. This form of historical engagement is best described as public history, a field defined by Jürgen Habermas, one of the chief protagonists of the Historikerstreit, as ‘the political conversion of the past’ for the purposes of the present.

The task of making sure this conversion is informed and representative – and does not succumb to the hollowness of political populism – belongs to historians and heritage professionals. More than ever, their interventions into how the imperial past is handled needs to be made in collaboration with the diverse communities that public history is meant to represent. This is a tried and tested practice. In antiquity, the statues of figures who had fallen out of favour would be removed by the common principle of damnatio memoriae, which was later revived in Renaissance Italy. Rather than an ancient form of cancel culture, this was a responsive practice rooted in community. Perhaps those communities were more cohesive, but in part this was due to their mutual negotiation of the past. By being mindful of who history is for and who produces it, the ‘public’ in public history can be re-calibrated. The plural pronouns ‘our’ and ‘we’ can mean more than simply white citizens; memories of the past can be restorative rather than humiliating. 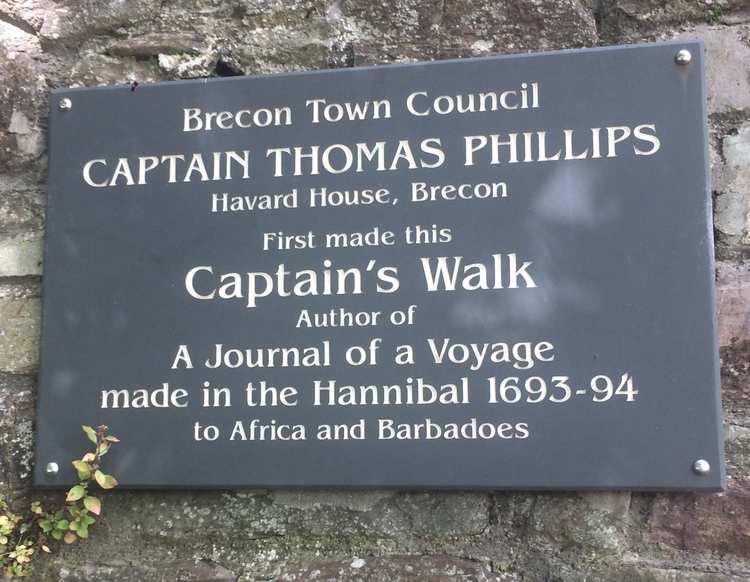 In Wales, the heritage of the imperial past has tended to fall into familiar traps. Until recently, the paradigm of uncritical imperialism has tended to prevail. The National Trust’s Penrhyn Castle, built out of the profits of sugar plantations in Jamaica, did not offer a direct confrontation of its problematic history till the sugar and slate exhibition of 2019. Elsewhere, the Welsh history of race and empire has been grafted on to a narrative of liberal progress. This was exemplified by Brecon Town Council’s bizarre decision to memorialise Thomas Phillips, a slave trader and captain of the Royal African Corps, for his ‘liberal remarks’ on race in A Journal of a Voyage. In 2019, the unveiling of a plaque dedicated to the role of Welsh black soldiers in the First World War also symbolised the difficulties of creating an integrated memorial to the multicultural past.

The plaque was added to the Welsh National War Memorial in Cardiff, a tokenistic ‘tagging on’ of black history. It is unsurprising that one of the most effective renderings of the imperial past has stemmed from Welsh people of colour themselves, who commemorated the centenary of the Cardiff race riots of 1919. One wonders what could be achieved if initiatives such as this were able to run on more than a shoestring budget. Given the announcement of a full review of ‘statues, street names and building names’ in Wales, it may be possible to find out. Refreshingly, the review will be led by Gaynor Legall, a grassroots leader in Welsh heritage diversity and participant in the 1919 project.

It seems fitting to end this article by returning to the point on which it started, which is to reiterate how memories of the past are constitutive of the present. The indignities suffered by black lives in the midst of everyday social interactions is a product, at least in small part, of memory and the management of the past. The removal of supremacist statues and involvement of black communities in the reconstruction of an integrated heritage is one means by which black dignity can be partially restored. It will not right all the wrongs of the present, but it will empower black citizens to tackle them without being dragged down by the weight of the past. It seems that statues really do matter for black lives. 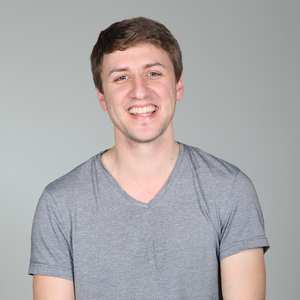 Dr Chris Hill is a lecturer in History at the University of South Wales. He has research interests in modern British and late imperial history, with a focus on histories of activism, internationalism, mass media and social movements. You can see all of Chris Hill's research outputs here.