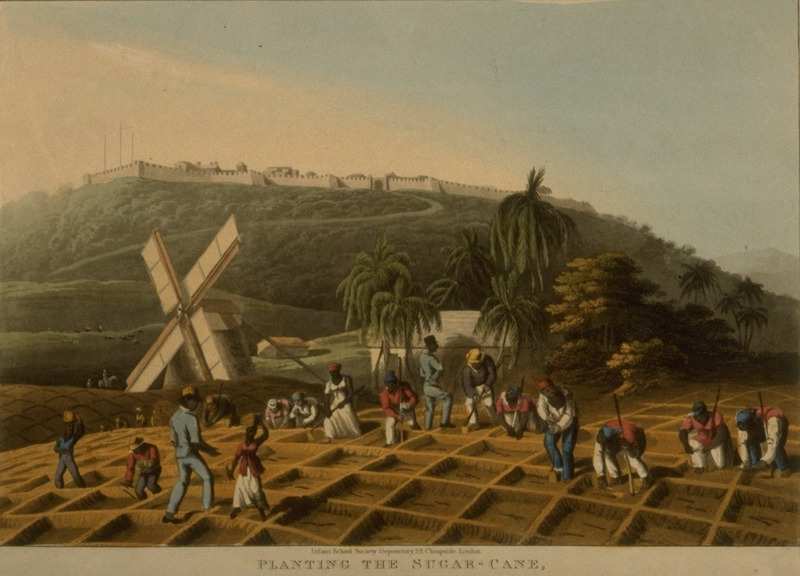 This article was first presented at a webinar on slavery and its links to Wales, organised by Llafur: The Welsh People’s History Society on 1 August 2020.

There are many approaches to be taken to the history of Atlantic slavery, as we’ll discover from the varied contributions on offer today, but the one I’m taking is panoramic in scope and structural in approach. I’m going to start with some of the big datasets that have become available to us over the last twenty years. Big space, big time, and correspondingly big data. I want to outline what this data tells us about the shape of the transatlantic slave trade and about the nature of chattel slavery in the New World.

From there, I want to move the focus to Britain and to the character of British slaveholding, with some short observations about where Wales sat within that broader British picture.

Then, I want to pick up on new historiographical developments in continental Europe. These suggest that the impact of Atlantic slavery was felt throughout Europe; it was not something restricted to the continent’s western fringe. The effects of enslavement were felt in some unsuspected parts of central and northern Europe. Knowing this, I want to suggest that Wales should be thought of in the same light – as a place making a hitherto unsuspected but significant contribution to the system of Atlantic slavery.

Let’s start with big data. Our view of Atlantic slavery has been transformed in the last generation by the Transatlantic Slave Trade Database, first released on CD-ROM at the end of the 1990s but now fully searchable online at www.slavevoyages.org. What have we learned?

Big data also tells us something about the nature of British slaveholding. Here, we must turn to the Legacies of British Slave-ownership database. This gives us a snapshot of the British planter class at the moment of emancipation in 1834. It does so by tracking the compensation payments made to enslavers – not the enslaved – by the British government. £20 million was paid out, in portions that were meticulously recorded. The payments disclose the location and suggest something of the character of the last generation of slaveholders. What do we learn?

Big data has taught us that Atlantic slavery was enormous and, correspondingly, enormously complex. But in what particular ways?

And it’s here, with clothing, that Wales comes in. In the eighteenth century, mid-Wales was one of the major producers of the sort of coarse woollen fabric that was known in the plantation world as “Negro Cloth”. The heartland of this industry spanned western Montgomeryshire and southern Merionethshire. It was here that an impoverished rural population turned to woollen manufacture as a way of augmenting the meagre returns from agriculture. As such, it was a classic example of protoindustrialization, a phenomenon in which urban merchants put out work to underemployed rural workers – workers who could toil within the confines of their own dwellings, using relatively simple and inexpensive tools. Characteristically, the products were exported to distant markets.

It was something that kept mid-Wales afloat economically. Indeed, it powered a surge in population in the late eighteenth and early nineteenth century. Supplying woollens for enslaved consumers was an unstable business, however. If demand collapsed, Welsh spinners and weavers would be left badly exposed. And that’s precisely what happened in the 1830s when emancipation in the British Caribbean and tariff protection in the American Republic closed off the historic markets for coarse woollen fabrics from Wales. The rural woollen industry collapsed; outmigration and demographic decline followed. (Montgomeryshire, despite considerable population growth in recent decades, still has fewer inhabitants than it did in the 1830s.)

What implications does this have for Welsh history? It may not be for me to say – I’m not a Welsh historian – but one thing does suggest itself. The region where so-called Negro Cloth was produced coincided exactly with the region that mid-twentieth-century geographers and anthropologists identified as the heartland of authentic Welshness – authentic because of its rootedness in unchanging rustic culture, and long protected in its authenticity because of its seclusion, because isolation had rendered it resistant to the inroads of modernity.

The proponents of this brand of cultural nationalism could not, it seems to me, have chosen worse ground on which to fight. Viewed from an Atlantic vantage point, western Montgomeryshire was not the seat of some sort of pristine Welshness, still holding out against anglicisation and vulgar mass culture; it was a deindustrialised wasteland, a landscape that had once been an integral part of the slave Atlantic. Its history is not one of deep cultural continuity; it’s one of switch-back convulsions, brought about by being harnessed to Atlantic slavery. 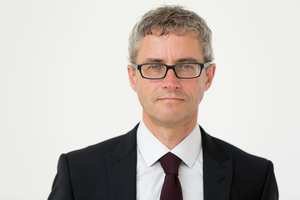 Professor Chris Evans is a historian of Atlantic slavery with an interest in how slavery was linked to industrial development in Europe.