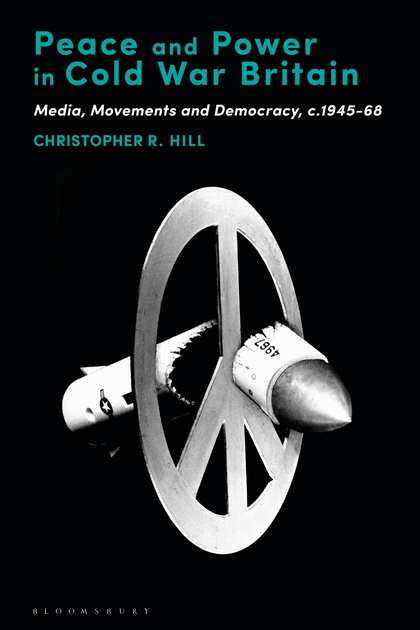 Christopher R. Hill’s Peace and Power in Cold War Britain: Media, Movements and Democracy, c. 1945-68  provokingly looks at the relationship between the anti-nuclear movement of the 1960s in Britain and the rise of television, which culminated with “radicals reconfigur[ing] their social identities as Britain became a postcolonial power.” [www.europenowjournal.org]

This important book reveals how radical politics and new communications technologies were deeply entangled in the history of Cold War-era Britain. Drawing on extensive original research into the anti-nuclear movement, Christopher R. Hill shows how activists reconfigured existing traditions of political protest for a mass media age. It will be of great interest to scholars in history and communications studies. - Helen McCarthy, Reader in Modern British History, University of Cambridge

Chris's first book examines relations between radical traditions of liberty and media technologies, particularly as they played out through post-war peace movements and the rise of television. Chris is currently pursuing a project on what Kwame Nkrumah called 'the new nuclear imperialism’ – the furtherance of British and French nuclear programmes through colonial connections and resources.

Dr. Hill has joined us this academic year from Birmingham City University. He now teaches two modules on the History BA course: Must Rhodes Fall? Imperial History and the Politics of Race and Nation in Contemporary Britain; and A Global History of the Nuclear Age.